Social media customer service is a powerful tool. It can make or break someone’s day. I recently traveled to Dallas, Texas for the very first time. I had never flown to the Dallas Fort Worth Airport before and I was not aware of how complicated it was.

My Afternoon of Mishaps

Have you ever felt like you were in a television sitcom? I had not until Friday January 13th. The whole afternoon was as if someone had transported me into a comedy of errors that I had no control over. Remember I had said I hadn’t flown to Dallas before? Well here’s my incredible story of what it took for me to fly back home to Portland, Oregon. 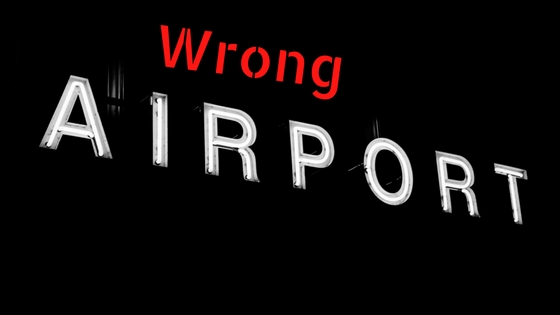 We had just finished up at SEO BootCamp and everyone was heading out. We were all arranging for a ride to get to our hotel or the airport. One of my classmates was heading to the airport. I suggested we share the ride so we could keep each other company on the way to our destination. I didn’t think to ask him which airport.

We hop into the Lyft ride and head on to what I thought was my destination. I discover when we get there that I am at the wrong airport!

Yep, I was at Dallas Love Field Airport and that was definitely not going to get me home. So, I keep my cool and open up my Lyft app to request another ride. My driver shows up and we are off to the races. It was a good thing I decided to go early to the airport. 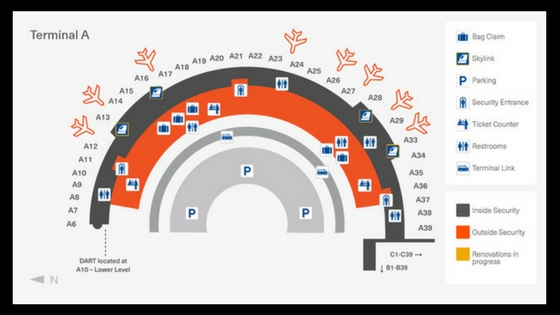 My Lyft driver was fantastic! He picked me up right away and we had a great conversation on my way to Dallas Fort Worth Airport.

The driver asks me “Which gate do I drop you off at?”. I was a little confused and said “I don’t know”.

He told me to look it up on my boarding pass. I check and there was no gate. Then I looked it up on the flight status. I told him the gate number and we proceeded to that section of the airport. Little did I know that I had given him the wrong number.

I get out and head inside when I discover that I am at the wrong gate and I have no idea how to get to the right one. I stop and ask an airport employee who helps me to the the Terminal Link area. He was very helpful and friendly. 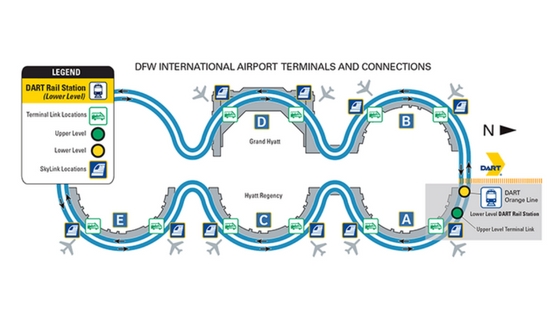 I wait for a very long time but eventually my ride appears.

I step on to the shuttle and tell the driver E11. He proceeds to tell me “No, E11 is too far.” and says “E33”. I told him the airport employee told me that I need to go to my exact gate. The driver ignores me and starts to drive. We eventually stop at E33.

At this point I am ready to break down. It’s been a long week and the comedy of errors just had been too much that day. I ask another airport employee and he directs me to where I am supposed to go.

It takes forever to walk down to my gate. I walk and I walk. I eventually make it to the gate. I check my bag and find out I have to walk back about half way to go through the TSA check point.

I thought that TSA had the same procedures in every airport but I was mistaken. I was confused that there were no bins. So I asked. That’s when I was told about their procedures.

In Dallas Fort Worth Airport:

So, I put my shoes back on, grabbed a little bowl for my phone, and shoved everything on the conveyor belt. I walked through the scanner and was immediately pulled over for a random check.

I stood there with another woman while they called for a female security guard. The female officer never came. They swabbed my hands and ran some sort of test while I stood there. After a few minutes they sent me on my way. I had had enough by this point and was pretty upset and decided it was definitely time for lunch.

TGI Friday’s Made My Day

I was starving by the time I got through the check in process and TSA. I walked down for a VERY long time to find my gate and see if there were any restaurants to eat at. On my way down to the gate I saw a TGI Friday’s that I kept in the back of my mind as an option.

I ended up walking back after I verified where my gate was and thankfully got a table right away. Jessica was my waitress and she was incredible! She made sure to:

Jessica made sure that I had everything and she checked on my often. She was so good that I talked to the manager on site and I tweeted about it!

After a frustrating situation @DFWAirport I had lunch @TGIFridays in the airport! Jessica #mademyday! Thank You! This is my #happyface! pic.twitter.com/FwL8Xo9oPf

After I finished my lunch I had time to think about how things should have gone. Especially about the gate information and how critical it is at the Dallas Fort Worth Airport that know where you are supposed to go. So I started tweeting about.

Hey @AlaskaAir & @DFWAirport it would be nice if someone would notify a passenger that the gate # is VERY important to know before a trip!

I sent Alaska Airlines a tweet letting them know it would have been REALLY helpful if I had been notified that I needed to know the gate number for the Dallas Fort Worth Airport. We went back and forth but really didn’t get anywhere and I boarded the flight feeling dissatisfied about Alaska Airlines customer service.

As an Alaska Airlines member I would have thought they could have been more customer service oriented and at the very least tell me they would look into solutions or ask me how it could have been done differently.

Not a good day @DFWAirport after the #terminallink driver dropped me off @ E33 instead of E11. He refused to take me! Lots of frustration!

The Dallas Airport responded to my tweet and sent me a Direct Message link to give them all of the details that had happened. They were responsive, showed they cared, and said they would talk to the management staff to see if they could resolve the issue. I was very pleased with their response! I boarded my plane and left feeling acknowledged.

Social Media is a Powerful Tool

It was interesting to have two issues come up at once and have very different outcomes from each company. I can’t say that Alaska Airlines has given me any reason to stay a customer at this point. The jury is still out on that one but Dallas Fort Worth Airport ROCKED it!

I was exhausted when I got home so I didn’t post any of the photos I had taken through out the day that night. I ended up posting them the next day on Instagram. I had taken a selfie of me and posted how proud I was that I could overcome the obstacles that had gotten in my way and still meet my goal of getting home.

Guess who commented on my post? You guessed it, Dallas Fort Worth Airport! I was very impressed with their listening tools and responsiveness to my Instagram post. 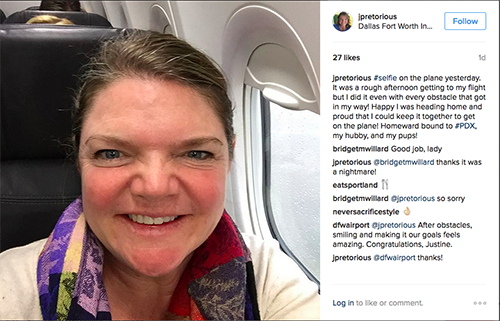 Summing It All Up

This was not a typical day for me. It was probably one of the most challenging days I have had in a long time. My take away on what had happened is how important it is to REALLY listen and acknowledge your customers. Make them feel heard. Let them know that you are sorry that these things happened to them. An apology can go a long way and it doesn’t cost you lot to do so.

This is a reminder that “Social Media is Social“.

There are 8 comments Join the conversation 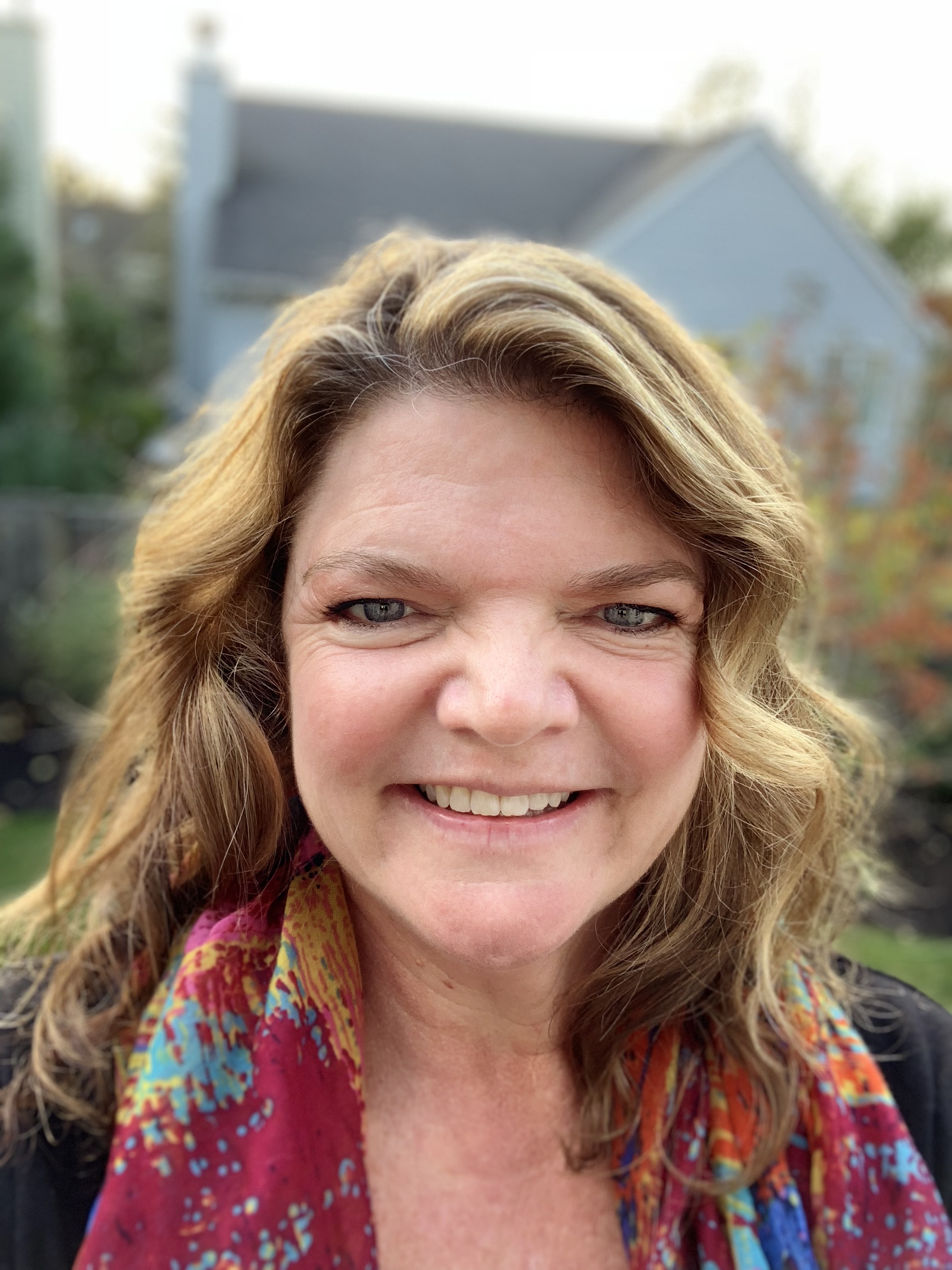